The Future of Bullion Coins 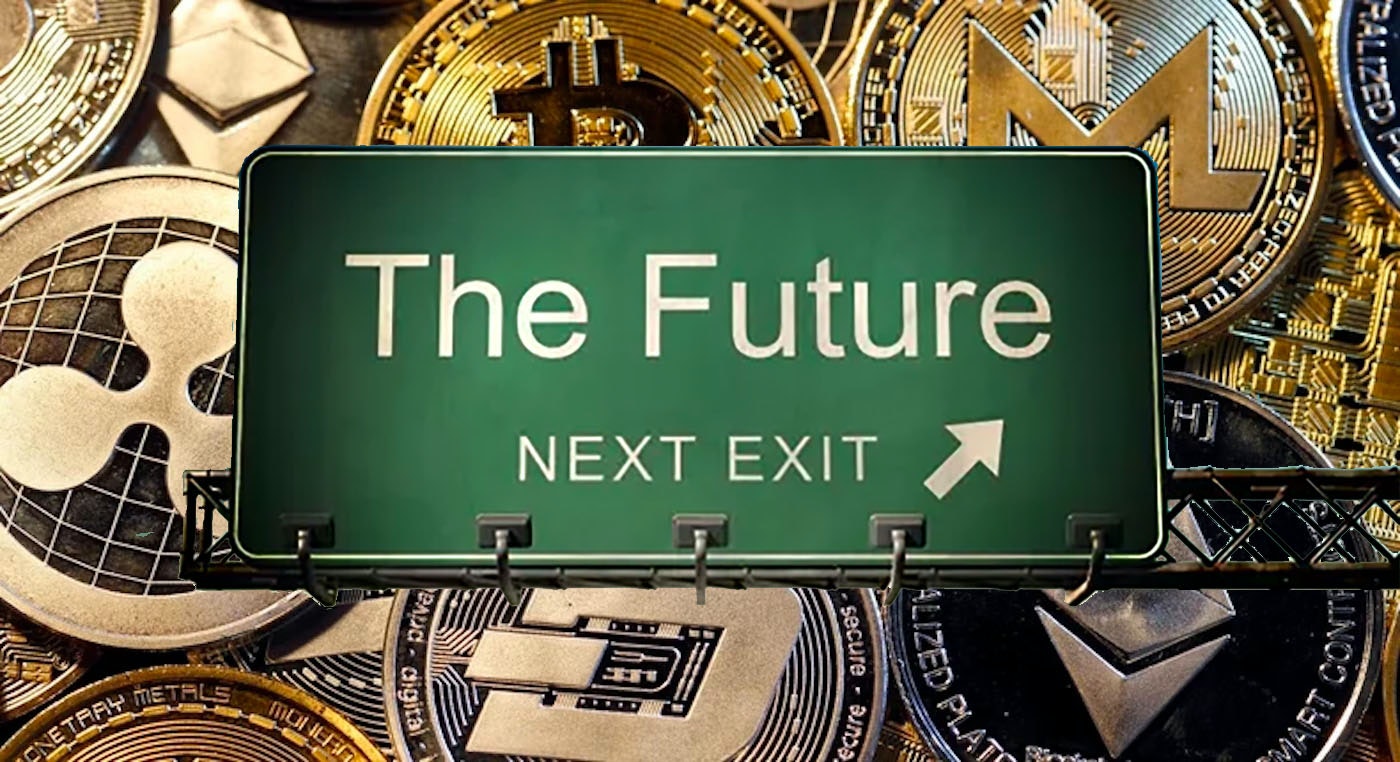 by Edmund O'Connell on Sep 2

Bullion coins will migrate onto the blockchain. Not only is this process inevitable but the crypto market rout and the flight to safety will serve to accelerate the rate by which this occurs.

In this article we demonstrate why bullion coins represent an almost perfect use case for the current state of blockchain innovation. We also look at how the ERC-721 protocol, currently best known for collectible jpegs of cartoonish animals, will play a significant role in crypto’s next innovation phase.

The success of the first wave of NFTs proved that consumers no longer need art to be physical, to be desirable, or valuable. The problem was an oversupply of assets that lacked any obvious intrinsic value. The next wave will be different, this will be the time of asset backed NFTs.

State of the Nation

Evoking imagery of the aftermath on a medieval battlefield, the epithet “bloodbath” is by now routinely deployed by the press to characterise what we are currently witnessing in the crypto market.

At the time of writing BTC has broken below the 20k USD barrier and ETH is only tentatively finding support at the 1k mark. Both are a full 60% down from the start of the year. Whatever anyone’s predictions for the future of the sector it is safe to say that for loyal HODLers it has been a nail biting ride these past few months.

Is Bitcoin really the new gold?

Claimed JP Morgan famously in a 2021 research paper. At the time BTC had just surpassed the $1 trillion capitalisation mark. As recently as 6 months ago Investment banks and hedge funds were lining up to declare Bitcoin as “digital gold”.

Many, your author included, believed that Bitcoin had well and truly joined the ranks of safe-haven assets and would henceforth act as a solid hedge against inflation, market uncertainties and economic downturns.

Bitcoin after all holds many of the same characteristics that have made gold one of the capital preservation methods throughout history. It is scarce, difficult to mine, and has a large and loyal following of devotees who believe that it has value.

So what went wrong?

Or just another tech stock?

Recently Bitcoin hasn’t been acting like gold at all. In fact, it’s been acting more like a tech stock. The digital asset’s price has fallen more than 60% since January 2022. Comparatively the gold price remains little changed over the same timeframe.

It looks like Bitcoin is tracking the Nasdaq, which means big investors are making the same moves: sell Facebook, sell Bitcoin. Cryptocurrency investors want something other than a double leveraged QQQ. This is supposed to be a whole new world. What is happening with these correlations? — Forbes

Investors, or at least those with no wish to exit crypto entirely to fiat, are increasingly turning to asset backed tokens to hedge against the market downturn and protect their wealth.

Crypto tokens tied to gold, the traditional inflation hedge, have seen solid growth as the spectre of stagflation hangs over the global economy. Taken together, the market capitalisation of the top gold-backed coins — PAX gold (PAXG) and tether gold (XAUT) — rose above $1 billion early this week, marking a 60% increase on a year-to-date basis, according to data provided by Arcane Research.

For comparison, the total market capitalisation of all cryptocurrencies has declined from $2.188 trillion at the start of the year to $863.04B at the time of writing.

Until recently the only way to invest in gold was to purchase physical bullion, store it in safe or a custodian vault (for a fee) or purchasing gold ETFs, such as SPDR Gold Shares.

Precious metal backed crypto tokens on the other hand increasingly seem like an almost perfect use case for blockchain.

Bitcoin’s distractors have often argued that It has no intrinsic value and that it is not backed by anything. Nobody can make that claim about gold tokens.

There is however another hugely popular traditional way to invest in Gold - Bullion coins.

Bullion coins are coins made from precious metals, typically minted in weights that are fractions of one troy ounce. Most commonly minted from gold and silver although platinum and palladium are also sometimes used.

The Bullion coin global market was valued at over USD 11.5 billion in 2020 and has been growing at 18% CAGR.

Numismatic value — A premium paid for a coin due to its historical significance, rarity, condition, or other factors not directly related to bullion content.

Bullion coins are without question the most enjoyable means of investing in precious metals as they are collectibles with a huge variety of artistic (numismatic) designs from which to choose. They tap into the same raw psychology as NFTs.

Indeed when viewed through this prism, NFTs are like bullion coins but solely with the numismatic value.

‘Fallen Off the Cliff’ is how a recent Bloomberg article describes the NFT marketplace and you can’t accuse them of hyperbole. The figures speak for themselves.

On OpenSea, the largest NFT trading platform in the world, sales volume for June 2022 has plunged 75% since the previous month is actually at its lowest since July 2021. Data from Dune.com confirms June’s monthly volume was just over $670 million, compared to almost $5 billion back in January 2022.

It is not merely that the NFT market has fallen in tandem with crypto. The market has been largely speculative with investors piling in buoyed by reports of stratospheric valuations achieved by outlier collections like Bored Ape Yacht Club or CryptoPunks.

It is hard to avoid the conclusion that there was a giant bubble driven by much hubris nor that the Greater Fool theory played at least a part in driving up some valuations.

It is also true however that even at the market peak 75% of NFTs on OpenSea sold for $15 or less at which price it’s doubtful even the gas fees were covered. This fact however received far less attention.

Fundamentally however NFTs suffered from having no intrinsic value. The vast majority were simply generated images with no rights to any of the original underlying artwork.

The evolution of NFTs

NFTs however aren’t going anywhere. With the valuations collapse it’s easy to overlook that the non-fungibility of NFTs represented a transformative financial innovation. Digital images were merely the initial use case early on in the experimental phase.

NFTs will disrupt our notions of copyright and ownership. Because transactions are permanently tracked on a digital ledger, it’s possible to know who made the purchase, when it took place and how much the buyer spent.

The most obvious benefit of NFTs is market efficiency. The conversion of a physical asset into a digital one streamlines processes and removes intermediaries.

As such they are ideally suited to manage the ownership rights of real world assets such as luxury items or intellectual property rights management. Even property transactions will likely migrate into a descendent extension of the NFT protocol.

The next phase of NFT innovation will almost certainly be the digital rights management to real world assets. Indeed this process started years ago.